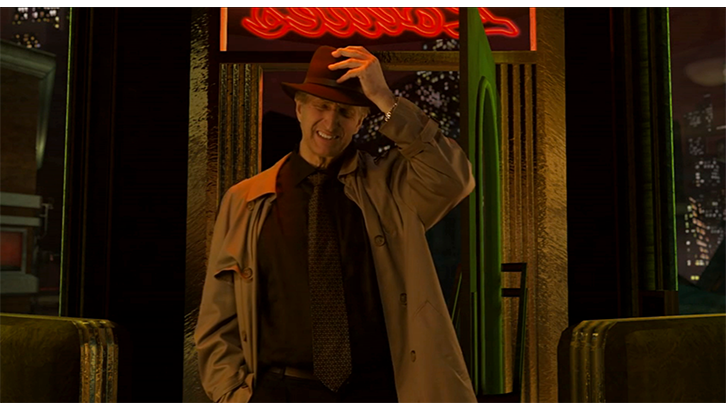 There’s a new old dude back in town to deliver a new kind of time machine to OS X screens. Does Tex wear a Mac with pride?

Nostalgia – for some the enemy of progress, others a warm fuzzy comfort blanket of yesteryear memories. Regardless of your personal outlook, videogames are as potent as music or film for whisking you back to happy days. Tesla Effect: A Tex Murphy Adventure is such a game that leaves nothing to chance in the nostalgia stakes. This all-new Kickstarter-funded sequel arrives sixteen years after 1998’s Tex Murphy: Overseer. At that time launched to Windows, the four games prior became fan favorites across MS-DOS, Amiga, Atari ST and Commodore 64.

If your reaction to that is either MS-What? Tex who? Err, adventure game? Then Tesla Effect may not quite hold the same appeal, as it should. This is a very different type of experience from what modern gamers are used to and it unashamedly leans on a bygone style. Firstly the slow paced, dialogue-heavy point and click mechanic is not as popular as it once was. Classics they may be but they just don’t make the Monkey Islands or Broken Swords any more – and when they do, they invariably fall short.

Tesla Effect speaks to those who grew up with these games of course, but it owes more to a slew of titles incorporating full-motion video. This trend for placing live actors within digitized environments was popularized in the early 1990’s with the likes of Trilobyte’s The 7th Guest and Sega’s infamous Night Trap. The controversy over the latter allowed equally silly instances such as Voyeur and Burn-Cycle on Philips’ ill-fated CD-i console to slip through relatively unnoticed. Tex Murphy himself has of course dallied with the FMV formula since 1991’s Martian Memorandum, bringing things into higher definition with this latest PC and Mac installment.

“While the acting is indeed theatrically hammy, it pitches the tone perfectly and quite knowingly refuses to take things too seriously”

This can make Tesla Effect’s general presentation jarring for the uninitiated, watching real people performing each interaction. For the most part things are first person as you explore 3D virtual locations searching for items, clues and meaningful conversation. Small pauses in such foraging will soon have you anticipating a fresh nugget of video, either advancing the narrative like a cut-scene or prompting a multiple-choice encounter. For all the nostalgia, this is a noir-like, futuristic ‘gumshoe’ detective romp – so talk is probably 90% of the strategy. While the acting is indeed theatrically hammy, it pitches the tone perfectly and quite knowingly refuses to take things too seriously. The writing, the scripting, vocal performances, costume and makeup are all admirable. Mix in the respectable Unity-powered backdrops with seamless Chroma keying and it’s safe to say the years have been kind to Tesla Effect.

Controlling the story is familiar territory for point and click veterans. It clearly lends itself better to mouse operation as you navigate an inventory wheel and traverse conversation paths. Here things are more hit and miss than you might hope, providing an element of chance. The rather cryptic hints for what you want Tex to blurt out next can be so universally weird you don’t know which to pick. With speech so integral to furthering plot or predicament, the feeling of unpredictability this suggests is a shame. Similarly, less confident players will be grateful of a ‘Casual’ mode offering hints on the game’s more bizarre puzzles.

Above all though Tesla Effect succeeds in plundering the past to create something that feels oddly fresh. If games like this were never to your taste, this one won’t surprise but fans or newbies will find much to enjoy. Like the best pulp novels the immersive world pulls you in and unfolds itself gradually within your imagination. Whether the lengthy story maintains your interest enough for completion or replay is debatable, but with a Steam price of $19.99 /£14.99 this game oozes value.

As trips down memory lane go you won’t find many more lovingly crafted or joyously ridiculous than Tesla Effect: A Tex Murphy Adventure. You won’t look back!

Bad stuff: Cheesy humor may grate on some, along with the strong emphasis on dialogue-driven and click-based gameplay.

Verdict: A respectful reboot of a nostalgia-drenched series, delivering a fun, tongue-in-cheek narrative within a world you’ll want to explore.

Tesla Effect: A Tex Murphy Adventure is available via Steam