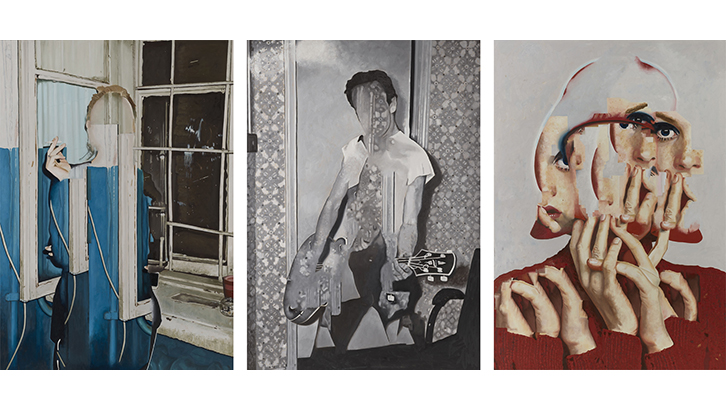 When seminal UK band The Stone Roses ambiguously concluded their reunion tour in June 2017, devoted fans were left asking what next?

Since then, frontman Ian Brown has released seventh solo album ‘Ripples’ and now, guitarist John Squire has unveiled his next project.

Using image-editing software to jumble faces and figures, Squire skillfully enlarges the disoriented, fragmented and often ghostly poses to dramatic effect. The large-scale oil paintings offer an unsettling reflection on “selfie” culture, while offering a subversive commentary on how meaning can be twisted.

“It struck me while I was doing the show and watching the news, I saw there was a parallel between confusing the message figuratively and with regards to information,” Squire explained to The Guardian.