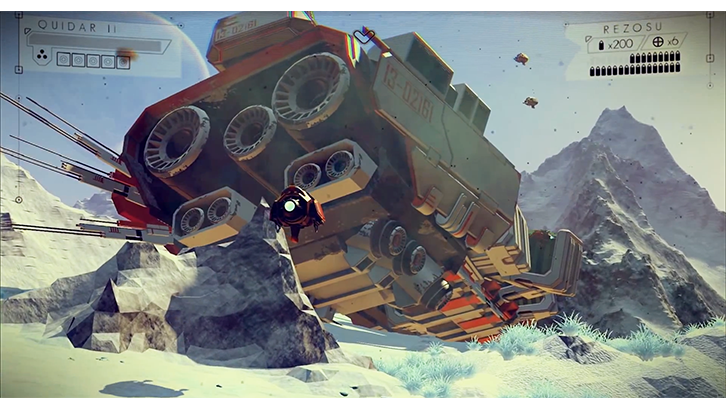 Indy gaming is the toast of E3 2014, but why? Given the amount of commercial risk at stake for developers and publishers, it shouldn’t come as a surprise…

Independent or ‘Indy’ videogame development is the toast of the industry right now. The term can be slightly misleading however, just like in music or film, the degree to which creators are truly independent is often murky. At E3 currently we’re seeing proposed games titles being presented as ‘Indy’ from subsidiary studios or heavily funded startups, which deliberately blur our perceptions. Indy gaming is cool, so if the bigger fish can hide under that umbrella they certainly will.

The fundamental motivation at play here is commercial risk. New franchises or risky Intellectual Properties (IP) are certainly a gamble for big, established entertainment brands. If they succeed, fantastic, but this requires considerable energy, work and significantly money. Fail and this type of product could do irreparable damage to a trusted identity, upsetting what was a healthy consumer base. This is why we see so many ‘banker’ sequels and beloved franchise reboots – mirroring exactly how Hollywood approaches film. It’s no surprise therefore to see the likes of Far Cry, Mortal Kombat, Metal Gear Solid, Uncharted, Batman etc etc steal the stages at E3. Virtually ALL of Nintendo’s key announcements were again focused on repackaging ‘blockbuster’ favourites.

But in the same way network and on-demand television has found a way to leverage an abandonment of creative risk in cinema, the Indy scene in gaming has flourished. While these success stories still represent a niche versus the mainstream titles, big studios and certainly console makers are taking notice. Development veterans or larger outfits are splintering teams off under new Indy studio monikers, whilst still able to control and budget the output. Meanwhile, both Sony and Microsoft are embracing all scales of independent games on PS4 and Xbox One. Again it’s about aligning stuffy corporations with what’s cool, even if they only do it at arm’s length.

If Hollywood could do the same for truly independent film without the need for costly theatre distribution it would.

Indy gaming has really been driven by the switch to online publishing. Marketplace platforms for sales and software distribution such as PlayStation Store, Xbox Live and Steam on PC are similarly methods of control. These channels can dictate marketing to influence buyers, but also place constraints on expressive freedom. Beyond the benefits of quality control and technical reliability here, the implication is that these are the Indy games deemed worthy or acceptable by the fatter cats.

If Hollywood could do the same for truly independent film without the need for costly theatre distribution it would. Although in reality it probably already does through top-level TV partnerships at the heart of such a flourishing medium.

It’s a win-win for the corporate giants and that’s really why Indy gaming has been allowed to become such a buzzword. By cosying up to the cool while elevating new names into the firing line, these larger platforms can mitigate the risks. What’s more, by hosting the technology to measure consumer behaviours and crucially taste we can only hope they feed that diversity back into flagship franchises.

The bottom-line for gamers is about access to as many interesting titles as possible. As long as we know that the glossy, shiny, show-business side of ‘Indy’ gaming is more about marketing than artistic integrity, we’re savvy enough to dodge those golden bullets.