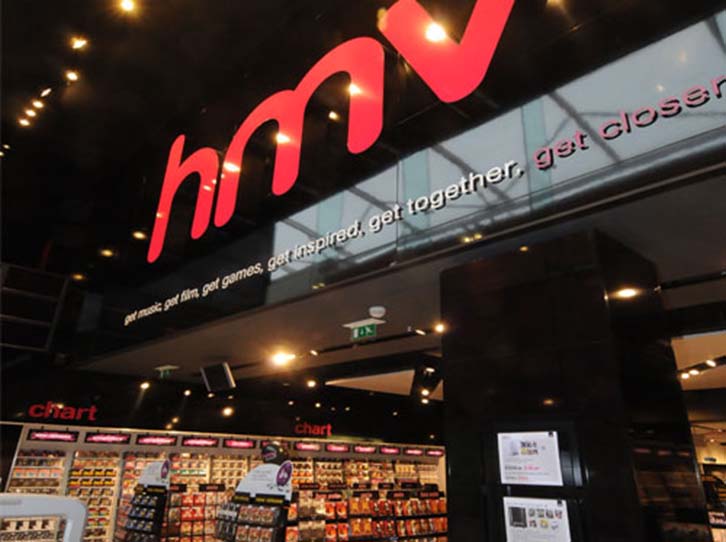 HMV could be the next big name to vanish from the high-street as the entertainment retailer admits sales drop to the banks.

HMV has been forced to reveal an uncertain fiscal future, prompting fears the business is likely to breach pending banking agreements. The iconic high-street entertainment retailer faces certain lending conditions in the New Year, with the near century-old company shouldering long-term borrowings of £176m. Despite a slight reduction in underlying net debt to £166.7m, a 28% drop in sales during 2012 has triggered a confidence-sapping fall in HMV shares.

So what has caused the sad downturn in fortunes for HMV? Ultimately it faces the same squeeze from online retailers that all high-street retailers are trying to resist. More critically, customers simply no longer consume the HMV core product in the same way. The chain has attempted to diversify into technology products, netting an 8% yield in the process, although the flagging demand for CD and DVD still represents 71% of trading.

HMV had hoped that a 17% interest in games products would be boosted by the diminished presence of rival chain GAME. However these hopes seem optimistic or even misguided given the circumstances surrounding that particular market inheritance.

In contrast, online retailers such as Amazon and the Rakuten-owned Play.com continue to thrive. HMV will surely hope going forward to leverage its brand identity to grow its online outlet against these leading competitors. The removal of Low Value Consignment Relief (LVCR) by the Government last April has helped to “level the playing field” in terms of HMV.com being undercut on price. However they remain not always the cheapest option, and punters are more savvy than ever on getting more bang for their buck.

Firsthand experience illustrates that HMV’s costly high-street presence can for many serve as a showroom for the virtual equivalents. Browse the physical product in-store and then order elsewhere at home or on your mobile. The shop premises seemingly being most successful in pitching the kind of exclusive price promotions and bundles that provoke ‘real world’ impulse purchases.   Couple this with a general apathy towards any human interaction when it comes to buying and it underlines how things have changed.

Where customers once enjoyed the ‘personal touch’ from shopping experiences, the modern preference seems to shun it. Technology-aware punters especially often feel more informed than the shop staff resulting in a general mistrust.

No doubt all these factors and more have contributed to HMV feeling the pinch on performance. Unfortunately business has no sympathy for nostalgia, so we can only hope the brand can endure in whatever form the market dictates. What future do you foresee for HMV?