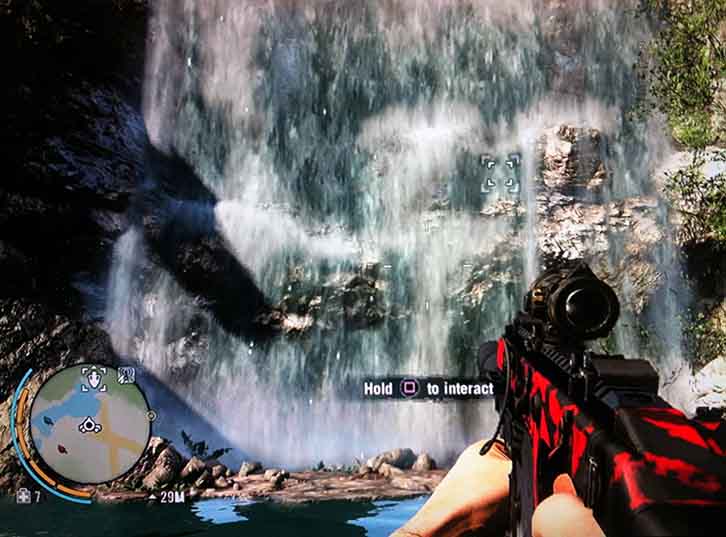 Mark explains why Ubisoft’s Far Cry 3 could be crowned this year’s best, or at least why the genre-defying shooter is the one he loves most.

The year is almost up and it’s time for everyone to take stock of what 2102 brought us. For gamers and the gaming press it’s customary to decide on which titles have stood out from the rest, across the various genres and platforms. Some of them will decide on a definite winner and others will leave our doubtlessly divided opinions to fight it out.

So with that in mind I thought I’d reveal my favourite release of 2012 as Ubisoft’s Far Cry 3. Yes, ironically a game that came out in December – giving it many would call an unfair advantage on the rest. However it is a game that has earned almost unilateral praise, high review scores and if you don’t have it yet then you must consider buying it with caution.

What that means is, it features a single player campaign that it is one of the most compelling and addictive in recent memory. Far Cry 3 is a game that hooks you in and frankly can prompt the kind of lengthy playing sessions that make you physically sick. You will lose whole weekends in a heartbeat. To sum it up, no other game since Skyrim has had me questioning my lifestyle choices in quite the same way.

But why is Far Cry 3 so dangerously playable? I’ll start answering that by first declaring that first-person shooters are NOT, to quote a friend, normally “my type of game” at all. Indeed Skyrim, Dead Island, Fallout and Arkane’s excellent Dishonoured (also released this year) are the closest comparisons possible within my collection. So I’m not a typical FPS fan boy and have never played any of the earlier Far Cry games whatsoever.
However there are some clues within those aforementioned games, along with the Uncharted and Grand Theft Auto series, as to why the Far Cry 3 formula speaks to a wider audience.

Frankly, the perspective on perspectives is irrelevant. Purists have made much on whether FPS games can or should span genres but ultimately rules should be broken in order to innovate. Far Cry 3 in many ways cherry-picks the best stands of all sorts of games and works them seamlessly into a FPS dynamic. The end result is be no means revolutionary but is a such a good game that getting caught up in genre is silly.

By marrying a huge sandbox world teeming with life and character, Ubisoft has appealed to the explorer. Fill that world with loot chests and rare items to find and they have appealed to the collector, as well as including an XP levelling system that RPG fans cherish. There are vehicles and timed challenges for the racing freak, all comfortably sitting beside the all-important action bit.

The fighting, whether gun or melee, is solid but again not too difficult. I’m sure there are better dedicated FPS mechanics out there but Far Cry 3’s is challenging enough to be both rewarding and gloriously explosive. Enemies can behave in predictable ways although the AI on the whole does the business. It is true that presentation on the console versions (PS3) may not stun you but the dedication to design and the production values in terms of character modelling and acting will do.

So Far Cry 3 may well confound the purists and I say well done for doing so. However I love it most for simply being the most enjoyable and enduring video gaming experience of 2102 – isn’t that the point?