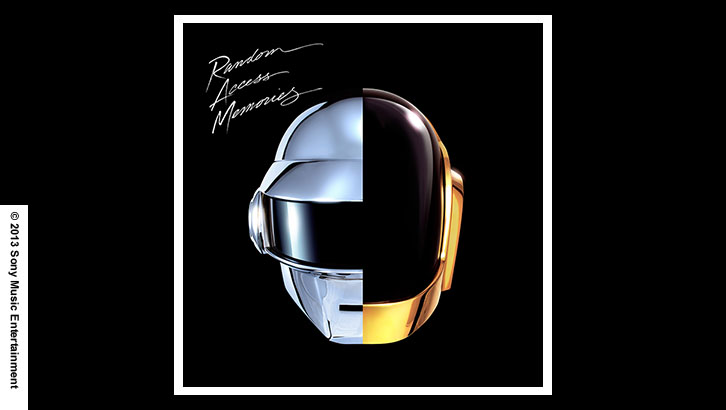 One day we probably will look to robots to serve up soul-saving art, but not just yet. Mark Billen explains why Daft Punk’s first output for three years errs more on the random than the accessible or memorable.

Above all else, Daft Punk’s Random Access Memories is testament to the power of slick marketing and a chronic lack of excitement in modern pop music. People are so desperate to anticipate anything with a whiff of genuine quality these days, Daft Punk couldn’t fail. Reading many of the subsequent reviews, you also sense that chin-scratching critics are too afraid to admit an honest appreciation of the record.

After a promotional campaign indicative of Saatchi & Saatchi does the Second Coming (J.C. or Stone Roses), disappointment on some level is inevitable. Daft Punk have to take responsibility for that and it does provide an odd contradiction for the admirably secretive duo to court such grandiose publicity.

Like most though I’ve fallen for it hook and line, I’m an unashamed fan boy, although my initial decision to pre-order was kindly averted by iTunes. The brave decision to stream the entire record for free over the days leading up to launch is commendable if commercially misguided. Having listened to the thing four times at zero cost I’m suitably unconvinced enough to write this review.

Let’s keep it dead simple and begin by asking how many of the tracks in isolation would make a Daft Punk greatest hits collection? Or rather an iTunes playlist? Hone it down to that worryingly small list and you understand why ‘Get Lucky’ was the obvious comeback single.

Random Access Memories IS NOT, as some have suggested, Daft Punk’s finest album. 2001’s Discovery was their masterpiece and in fact RAM could be seen as an admission, shifting sideways stylistically in acknowledgement of unscalable heights. There’s nothing inherently wrong with that, but in turn it must represent a wholly new challenge when evaluating the work against a Daft Punk backdrop.

Random Access Memories IS an introspective effort. An attempt by albeit pioneering EDM producers to emerge from behind the mixer and grab their instruments, or at least ask their mates to do so. It self-indulges a longing from two sentimental robots to re-align dance music with organic musicianship and human craft. What this becomes though is a brand of Minimalist Ambient Disco, ripe with cinematic sweeps but all with a curiously cautious lack of tempo and frequent missed opportunities for adding hook.

“What this becomes though is a brand of Minimalist Ambient Disco, ripe with cinematic sweeps but all with a curiously cautious lack of tempo and frequent missed opportunities for adding hook.”

The most foot-tapping and joyful moments inevitably come with the flourishes of Nile Rodgers‘ guitar, with smash hit ‘Get Lucky’ and ‘Lose Yourself To Dance’ proving the stand outs. But even here the legendary Chic man feels restrained and predictable. The choppy, percussive funk rhythm playing is typically tight but formulaic, his appearances underused within the arrangements. More often looped around the falsetto warblings of the very able Pharrell Williams, you still wonder whether it might rival anything Prince could muster solo during lunch break.

In fact, arguably the favourite tracks emerge from the collaborations seemed most likely to fail from the outset. ‘Instant Crush’ drenches a hushed, whiney Julian Casablancas vocal in trademark Vocoder, almost unrecognisably, but crucially delivers a chorus you’ll want to revisit. One of the least inspiring partnerships from The Collaborators series of YouTube documentaries was Animal Collective’s Panda Bear, but here excels with RAM’s final memorable hurrah ‘Doin’ It Right’. A kind of jerky robotic ditty that still stalls in the BPM stakes if you’re averse to swaying awkwardly. Having worked previously on Discovery’s brilliant ‘Face to Face’, the appearance of US House producer Todd Edwards with ‘Fragments of Time’ is a more nailed on success if populating the dance floor was ever a lingering aim.

Overall though these good moments default to greatness because of their scarcity. The running order of the album should be commended here because they at least punctuate the meandering stream of consciousness that strings everything together. An admirable ambition to create a sprawling opus descends too frequently into inventive, disjointed boredom most fans will skip before repeat listenings. It’s a sad fact perhaps but the age of the concept album is gone folks and Daft Punk won’t reignite it with this.

That said, Daft Punk should not be criticised too heavily for the attempt. RAM is by no means a bad album and there are just enough melodic highlights to hopefully make it a grower. What’s more, the motivation it has for striving for something better by mining the past isn’t a bad manifesto for the future of dance music. However, the result is too often something too tough to decipher as dance and certainly House. Perhaps the duo have been too quick to dismiss the genre, failing to realise that on form they are simply the best exponents in a dull, over-produced, post-Guetta market. Any chance of a Daft Club remix version?

Daft Punk’s Random Access Memories is available to buy and download via iTunes from today, May 20th.