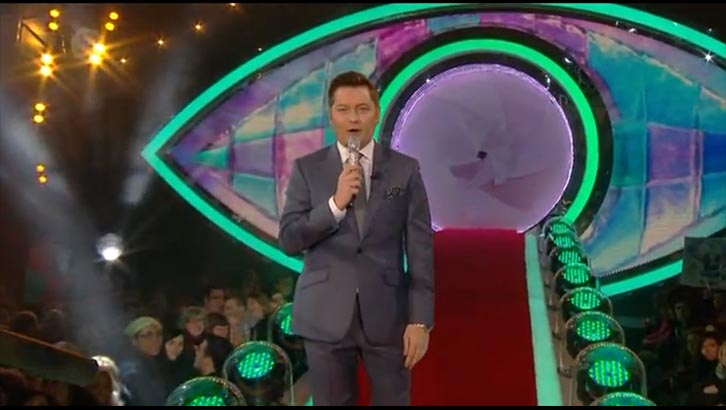 Round ’em up and throw away the keys. Oh don’t be so mean spirited, Channel 5’s Celebrity Big Brother is back!!! Kill me, kill me now…

Yes it’s that time again and for whatever reason I chose to watch Channel 5‘s Celebrity Big Brother. Then report back about what I found. Man it was tough out there, but here’s a handy commentary on which ‘contestants’ willingly agreed. Starting with…

1) Frankie “Nosebag” Dettori. Oh no Frankie, haven’t your family been through enough embarrassment of late? “I know, I’ve suddenly got some enforced time on my hands so I’ll do Big Brother.” Not do voluntary work, perhaps go meet and counsel some real junkies with real psychological problems. On second thoughts, that’s exactly what he’s done, I take it all back.

Let’s just hope he throws a John McCririck and goes apeshit when the producers refuse him the Coke stipulated in his contract. Frankly I dunno what all the fuss was about, everyone knew he’d been on the Horse for years.

2) Next up was that bird Nylon from the X Factor. Sorry no, Rylan is it? I can sort of understand why the general public find Nylon so curious, what with he/she (delete if appropriate) being the finest example of a proto-being from a dystopian future. No honestly, hear me out. When the human race finally shags itself dry of all sexuality and we’re instead cloned in a spunky Petri dish, we’ll all look exactly like that.

Anyone who doesn’t fit the mould of a ‘Repli-cunt‘ or refuses to have their teeth whitened will be hunted down and shot by robots, Blade Runner-stylee. Quite poetic if you think about it.

“When the human race finally shags itself dry of all sexuality and we’re instead cloned in a spunky Petri dish, we’ll all look exactly like that.”

3) Right, what was the next one? Oh yeah, some model I’ve never heard of that by the sounds of Twitter allegedly bedded Simon Cowell. At least that was what Max Clifford was hired to say. Oh who cares anyway… Feeling. So. Weak.

People, at this moment in the broadcast I lost consciousness. So I genuinely don’t know at the time of writing this who else went in. But, I have compiled a wishful list of who I’d want thrown in there to stir it up. Later on I’ll check and see how accurate it was.

My remaining housemates in order would be:

4) Abid Naseer.
Suspected al-Qaida terrorist thought extradited from Britain to the US tonight. In fact bundled into a blacked out Porsche Cayenne and into the flailing arms of Brian Dowling.

5) Michael Barrymore.
Right, he’s been in before but hear me out. The Celebrity Big Brother house ALWAYS has access to alcohol and a swimming pool. You do the math.

7) Some pneumatic glamour model, any of them.
Just pick up your nearest copy of Nuts, flop it open and spit. You’ve done it before. Wherever the flob lands she’s booked.

8) Bit big budget for Channel 5 this one, but worth it. A virtual holographic CGI-rendering of deceased DJ Jimmy Savile. Oh come on, I can’t be the only one that misses him?

9) Alana “Honey Boo Boo” Thompson. Google it and then refer above.

10) Rebekah Brooks.
If anyone is crying out for a comeback it’s this flame-haired vixen. As predicted the Leveson thing has blown over so what’s stopping her? Sponsored by Vodafone.

11) Park Jae-sang.
No, not another footballer – it’s PSY. You know, of ‘Gangnam Style‘ fame? Only a matter of time before Dettori mounts him and you’ve already got this year’s biggest YouTube smash.

Ok, anyone got any better suggestions?