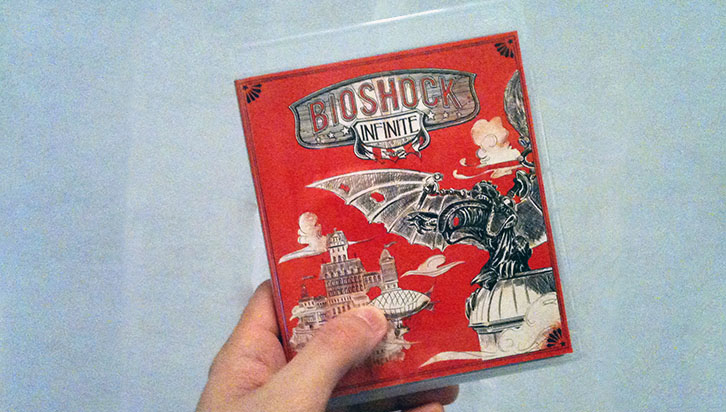 Gaming pileups aren’t confined to the likes of Burnout Paradise, sometimes they are more serious. Recently I’ve crashed headlong into a bottleneck between two PS3 juggernauts…

We’ve all been there. These days there are so many great gaming releases that to experience as many as possible, it’s tough to juggle your attentions.

Over the last fortnight I’ve been wrestling with such a dilemma that seems in danger of rambling on. Firstly I should just stress some perspective and that on the spectrum of problems mine is pretty frivolous, however troubling.

So here goes. Tempted last month by PSN Store‘s cut-price deal on Square Enix‘s Deus Ex: Human Revolution, which had to this point sneaked under my radar, I downloaded the 8 GB hunk and commenced.

The back story here is a self-imposed commitment to curtailing my spend on brand new releases. If you pick up for a older classic for £8 then it’s as good as shelling out £30-40 instead, isn’t it? Isn’t it??

So despite the persuasions of friends to pre-order Bioshock Infinite, I was adamant I’d stick to my plan. Besides, I was so impressed by Deus Ex it seemed switching between the two would confuse both experiences.

However on the night prior to Bioshock’s big launch I couldn’t resist the temptation to read its numerous reviews. Now, when the scores are THAT favourable I tend to think the 9/10 games become essential purchases. To my chagrin I immediately ordered it.

Now I’m in the curious position where my admiration for Deus Ex is tempered by a nagging keenness to get it finished. Or at least that WAS how I felt. Over the past few days I’ve tended to avoid both, as if neutralised by misplaced principles and typical indecision.

So I’d love to join the masses and say Bioshock Infinite is amazing, a must – but I’ve not played it yet. Instead, I can’t speak highly enough of Deus Ex for gamers on a budget or anyone with a blank gaming schedule.

Can you sympathise with my plight? What’s your most recent painful gaming clash?

1 thought on “Bioshock block from a Deus Ex?”

The real story is that the PIF have been watching recent #nufc FA Cup campaigns and STILL want to pass the takeover tests... Unbelievable!
- Friday May 29 - 5:59pm