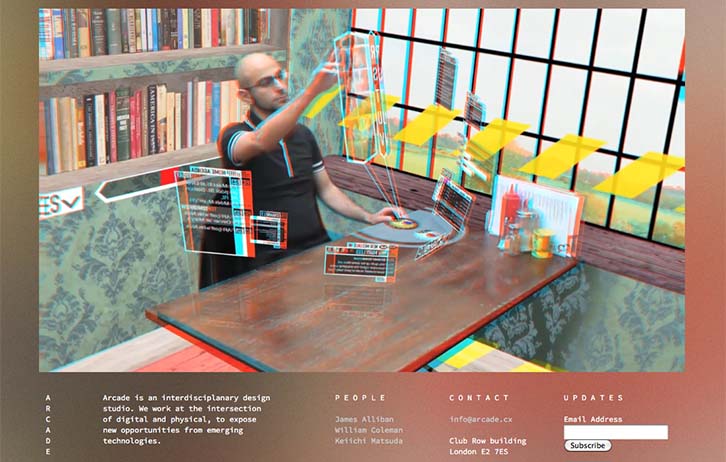 Arcade is a new interdisciplinary design studio based in Shoreditch formed by James Alliban, Keiichi Matsuda and William Coleman.

For anyone like me, you’ll probably know James Alliban from his pioneering Augmented Reality projects. A stellar presence on the conference circuit, I first had the pleasure of discovering his work during a superb keynote at 2009’s Adobe MAX.

So I can testify he’s flippin’ brilliant and has been at the cutting-edge of progressive, interactive digital projects for quite some time.